What is a Weapons Prohibition Order?

A weapons prohibition order is issued by a judge under either section 109 order or section 110 order of the Canadian Criminal Code. The order prohibits a convicted person from using or possessing restricted or prohibited firearms, crossbows, prohibited devices, ammunition, prohibited ammunition and explosive substances. It is considered an ancillary order after a person has been convicted of a criminal offence. The order made can be either a mandatory or discretionary order depending on the charges with which a person was convicted.

A weapons prohibition order is mandatory under section 109 where the conviction was for a specific violent offence, see list below. Alternately it can be issued at the discretion of a judge when there has been a conviction or discharge for certain offences not covered by a mandatory order. The test the judge should apply when using their discretion to issue a weapons prohibition order is whether they believe it’s in the safety interests of the convicted person or any other person. 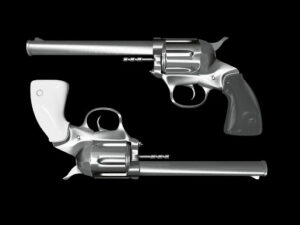 The mandatory section 109 weapons prohibition order means a convicted person is prohibited from possessing firearms, crossbows, restricted weapons, ammunition or explosive substances for 10 years on a first conviction and for life upon any further convictions. When a person receives a section 109 order for life they are not allowed to possess any:

Section 110 of the Canadian Criminal Code gives a judge discretion to issue a weapons prohibition order for a person convicted of a violent offence not listed in section 109. Before issuing a section 110 order a judge should consider the safety of the convicted person, the victim or any other person and the circumstances of the offence and the offender when determining if a weapons prohibition is appropriate.

A judge may issue a discretionary section 110 weapons prohibition order if a person has been convicted of:

The discretionary section 110 weapons prohibition order means a convicted person is banned from the possession of the following items for 10-years:

If the offence involved a current or former intimate partner, their child or parent, or any person that lives with them under Canadian law a section 110 order can be extended for a longer period.

Section 111 of the Criminal Code of Canada gives a judge discretion to issue a preventative weapons prohibition order for any person regardless if they have been charged or convicted of an offence. If a police officer, or firearms officer, has reasonable grounds to believe that there is a public safety concern, they may apply to have a preventative weapons prohibition order issued.

Like section 109 orders and section 110 orders, a preventative weapons prohibition order means a person is not allowed to possess:

If a judge decided to issue a preventative weapons prohibition order they must also decide how long the order shall remain in place, but it cannot exceed 5-years.

The Criminal Code under section 113 allows for a very limited exception to section 109 and section 110 orders. A judge may order an exemption to a mandatory or discretionary order prohibiting the possession of firearms, weapons and related items with any terms and conditions deemed appropriate. The granting of these exemptions are limited to persons who require them for sustenance or employment purposes.

An exemption order is only available where the person applying proves they require the firearm or restricted weapon for hunting to sustain themselves and their family; or, they convince a judge that the weapons prohibition order prevents them from employment.  However, courts in northern communities have been expanding on these grounds to include such reasons as family traditions. In C.K., 2001 NWTSC 16, the court allowed an exemption to permit for the young offender to participate in “family hunting activities” as the judge believed it was important to preserve the accused’s “sense of family identification” and that it allowed the offender “the benefit of their guidance and influence”.

When determining if a weapons prohibition exemption order is appropriate a judge must consider the applicant’s criminal record; the circumstances surrounding the offence for which they were convicted and public safety.

A judge may also vary a prohibition order in the appropriate circumstances see R. v. Brown, 2016 ONCJ 183. In this matter, the judge varied a discretionary section 110 order to allow the offender to possess a crossbow to engage in a family activity with his children. The offender had been complying with the terms of his probation and the judge found that he posed no risk to public safety.

Section 117.01 of the Criminal Code deals with breaches of prohibition orders. Effectively any person that is in possession of a weapon that has been ordered under section 109, section 110 or section 111 not to possess a weapon is in possession contrary to an order. This section reads:

Section 117 of the Criminal Code

117.01 (1) Subject to subsection (4), every person commits an offence who possesses a firearm, a cross-bow, a prohibited weapon, a restricted weapon, a prohibited device, any ammunition, any prohibited ammunition or an explosive substance while the person is prohibited from doing so by any order made under this Act or any other Act of Parliament.

(2) Every person commits an offence who willfully fails to surrender to a peace officer, a firearms officer or a chief firearms officer any authorization, licence or registration certificate held by the person when the person is required to do so by any order made under this Act or any other Act of Parliament.

(4) Subsection (1) does not apply to a person who possessed a firearm in accordance with an authorization or licence issued to the person as the result of an order made under subsection 113(1).

Very few substantive defences are available to failing to comply with weapons prohibition orders, and most would be fact-driven. The technical and procedural defences available revolve around the proper laying of the charges, the wording on the court information, the swearing of said information and if certified copies can be produced for trial.

The Crown is required to prove the following elements to secure a conviction for failing to comply with the weapons prohibition order.

If I get a pardon will that take the weapons prohibition order off my criminal record?

No. Pardons or record suppression do not remove weapons prohibitions order from a criminal record. While it’s possible to get a pardon after 10 years that would suppress all criminal convictions however weapon prohibition orders will always remain. Pardons only hide criminal convictions; they do not delete section 109 or section 110 orders or probation orders. These ancillary orders will always be visible on criminal records, vulnerable person and security background searches.

Will a weapons prohibition order prevent me from traveling to the United States?

No, a weapons prohibition order in of itself will not prevent a person from traveling to the United States. It will, however, indicate to the US Customs Officer that the person has been convicted of a violent offence and that may be enough to prevent entry into the US.

No, a section 109 or section 110 order cannot be appealed on its own. The convicted person would need to appeal the actual conviction and/or sentence.

What if I’m knowingly in possession of a replica handgun while under a weapons prohibition order?

Depending on the circumstances surrounding the possession and how that replica firearm was being used, it could constitute a breach. If, for example, the replica was used in the commission of an offence then expect the police to charge you with a breach of a possession order. However, if the replica was simply found in your home, and not being used, there would likely be no charge.

Is it easy to apply for a weapons prohibition order exemption?

The use or possession of unregistered firearms or weapons is a criminal...

Back in October, we discussed Project Community Space, a Toronto Police...

What Happens When You Surrender A Firearm?

This summer Toronto ran another gun buy-back program. These programs...

How Are Handguns Getting Into Canada?

On his recent visit to Toronto, Trudeau made headlines with a plan to ban...