Types of Evidence and How They Impact Your Case

There are different types of evidence that are available in a criminal trials that can prove or disprove specific facts about the case. The evidence can help establish an issue or fact by the information they provide. For example an accused person’s fingerprint at the crime scene is some evidence that establishes that they were at that specific location and touched something specific at that location, like a door handle. However, that fingerprint by itself cannot necessarily prove when the accused person was there and touched the door handle.

In this post, we’ll examine some of the different types of evidence used in criminal trials and how each type of evidence can be used and the potential impact on the outcome of a criminal case.

What is The Canada Evidence Act?

The Canada Evidence Act is an act of the Canadian Parliament created in 1893 that regulates how evidence is used in a court under the federal domain for criminal matters or civil matters where the federal government has jurisdiction. In Ontario, most civil proceedings are under the provincial Evidence act. However, the federal act and the provincial act are similar in almost every aspect.

The Evidence Act lays out regulations for how evidence is used in court and what types of evidence are admissible. The basic rule is, the evidence presented must be: relevant to the case, must be material to the case (it must have some legal significance connected to the case), and there cannot be a legal rule that excludes it, such as with hearsay evidence or similar act evidence. 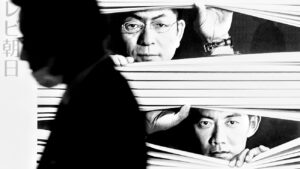 Observations from witnesses is direct evidence

The Four Types of Evidence

There are several different types of evidence considered at criminal trial, and they don’t all carry the same weight or importance. It is up to a judge or jury to listen to the evidence and weigh the information and make findings of fact.

To be admitted, real evidence must be relevant, material, and authentic. Lawyers must establish that the evidence belonged to the accused or was used in the crime.

Demonstrative Evidence can help illustrate or demonstrate the testimony of a witness. It can include a map of the crime scene or charts or images and pictures of the location that a witness describes. The demonstrative evidence needs to reflect the witness’s description accurately. Often Google map print outs or photographs are provided to assist witnesses with locations and distances.

Documentary evidence is evidence introduced through documents instead of through oral witness accounts such as a diary entry, newspaper, business records or even a contract. With documentary evidence, it is essential to establish that the document is authentic and from a reliable source. The Canadian Evidence Act establishes the rules and regulations surrounding how this evidence can be used and the conditions to tender it as an exhibit at a trial.

Testimonial evidence is when a witness gets on the stand and provides evidence of their observations. They are testifying to events that they personally observed or heard. Witness testimony is considered both highly important and valuable at criminal trial, but also problematic and unreliable. For example, whom they witnessed involved in a fight, the observations they personally made of the fight and anything they may have heard during the fight. They cannot testifying to what others told them about the fight. Also, they cannot provide opinions or speculate about issues surrounding the fight.

What is Circumstantial Evidence?

Circumstantial evidence doesn’t directly prove a fact in a case but leads the jury to infer information about the fact based on the evidence. This is also known as indirect evidence. Often the example given in court is that a person is observed entering a building carrying a wet umbrella and their jacket and shoes are wet. Even though the person making the observations can not see outside, they can infer from the circumstantial evidence (wet umbrella and clothing) that it is raining outside. 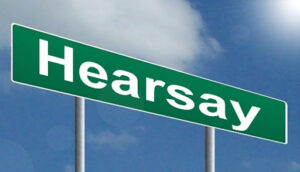 Hearsay evidence is not admissible at a criminal trial.

What is Hearsay, and is it Admissible in Court?

Hearsay is an out-of-court statement or non-verbal statement relayed by a witness that cannot be admitted into a criminal trial because the statements were not taken under oath and the speaker is not present to be cross-examined. Hearsay is generally not admissible in court unless proven to a judge that the information is necessary and reliable.

For evidence to be admissible, it must prove or disprove the facts in the case (probative value), and this must carry more weight than the evidence’s prejudicial value. Prejudicial evidence is when there is a significant risk of misuse of the information by the jury, or the evidence is too misleading, confusing or distracting.

Get Help With Your Toronto Criminal Defence Today

If you are being investigated for a crime or have questions about the different types of evidence and how they could impact your case, talk to an experienced criminal defence lawyer like William Jaksa today. William Jaksa has over 15 years of experience defending clients in Toronto and can help you understand your options and put together the right team to defend your case.

The Rule in Browne and Dunn – The Confrontation Rule

The rule in Browne v. Dunn, also known as the confrontation rule, is...

What is Crown Disclosure? Crown disclosure is simply the records that are...

How Reliable Is a Blood Pattern Analysis

Over the last 10 years, blood pattern analysis (BPA)’s foundation in...

Yes, You Can be Charged on Witness Statements Alone

When you think of evidence police need to lay charges, you might imagine...

Can You Be Convicted on Hearsay?

Can you be convicted on hearsay evidence? What is hearsay? Hearsay is a...