Sexual Assault charges arise when there is an allegation that the sexual integrity of another person has been violated. Police should carefully investigate any allegation of a sexual nature that involves sexual violence, sexual abuse, an indecent act or sexual touching allegations before laying a sexual assault charge. 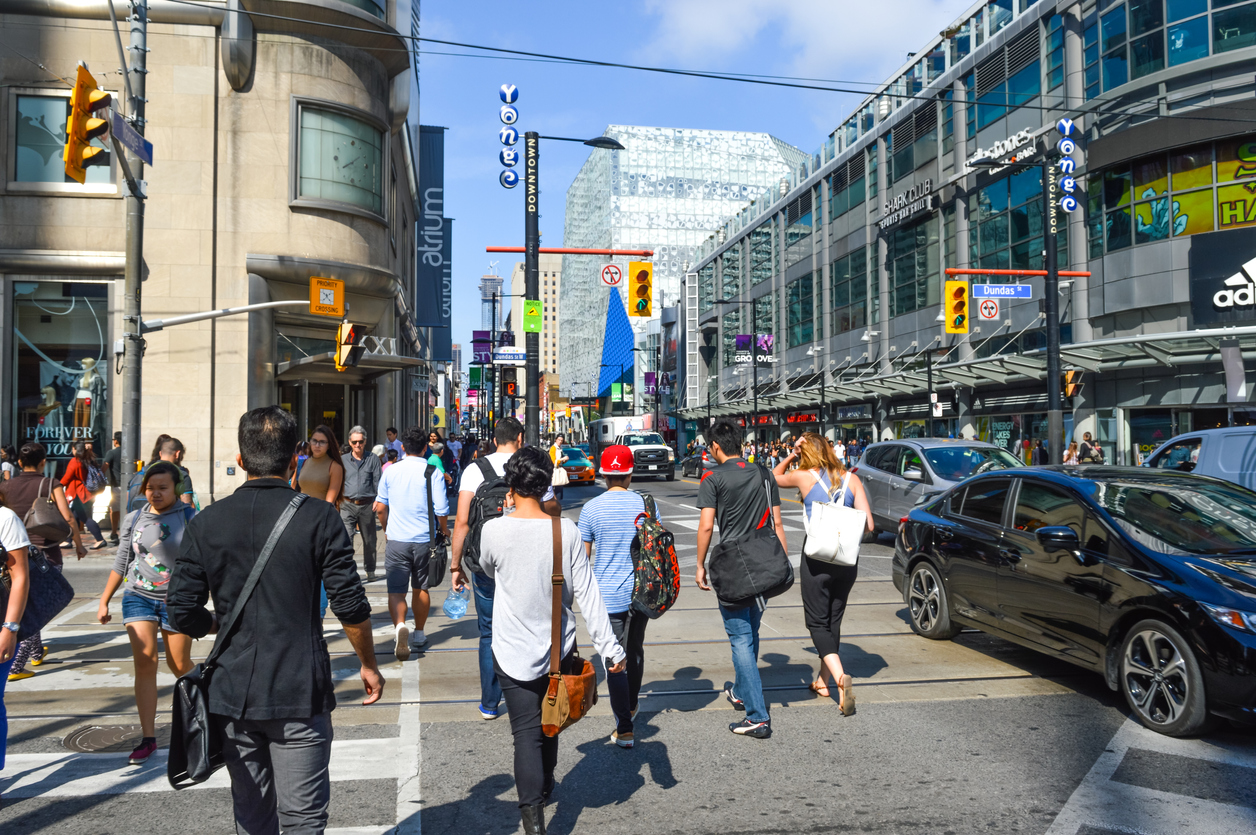 There are a large number of sexual assault based offences in the Criminal Code of Canada, with some of these sex offences implied or expressed consent, even a reasonable belief in consent is not a factor when the victim is under the ago of 16 years. Sometimes the only issue to determine is if the complainant was actually sexually assaulted. Some more common sexual offences include:

It’s very important that if you are being investigated for any criminal offence that is of a sexual nature that prior to speaking to police you consult with an experienced sexual assault lawyer. A criminal defence lawyer will help you understand your legal rights prior to speaking with police and why you should remain silent. A sexual assault defence lawyer will also assist you with understand the type of evidence relating to the sexual activity that the police are seeking when investigating sexual assault allegations. Often providing a voluntary statement to police is not in your best interest. Anything that you need to say in defence of the sexual assault charge, even if you explain that it was an honest but mistaken belief in consent, can be done through your lawyer once you have disclosure and understand the evidence. Further, any inconsistent statement, mistaken fact, or misinformation you give to police will be used against you at the criminal trial. In some exceptional cases, sexual assault lawyers can help you resolve the outstanding sexual assault charges before criminal proceedings are commenced.

When a Crown Attorney is reviewing sexual assault cases to determine the appropriate sentencing range there are a large number of factors that they must consider and assess. Some of the primary Crown Prosecutors considerations are the circumstances surrounding the of the sexual activity. Was there protracted sexual abuse or other sexual violence, were there threats accompanying the sexual assault? Was there forced sexual intercourse? Are there any significant physical injuries, emotional or psychological harm to the victim?

After examining the sexual activity the Crown will also consider the circumstances of the offender, and to some lesser degree that of the complainant. When looking at the accused person there will be a review of their criminal record to determine if there is a history of similar offences, are there prior sexual assault convictions or violence related offences? Has the accused been found guilty of other violent charges? It the accused in a position of trust over the complainant or any other victims? Are there any other sexual assault survivors? Were there any other crimes or any other activities of a sexual purpose that were committed for the purpose of sexual gratification.

The Crown will also closely examine the circumstances of the complainant and unique impact that that the sexual assault case has had on the victim. Was there sexual contact, historical sexual abuse, indecent act, or any other activity of a sexual purpose that the complainant submits had an impact on them? The Crown and the police will also explore if the victim was particularly vulnerable as a result of any disabilities, their health or their age. This will impact considerably on the Crown’s considerations of having the victim testify at both a preliminary hearing and again at a trial. It will also impact on the Crown’s sentencing position if the accused is found guilty after trial.

Sexual assault is a serious crime that will often result in a considerable punishment. A criminal lawyer experienced with sexual assault cases will be able to mitigate sentencing and prepare the accused for the best possible results. The potential range of sentence for a sexual assault charge can range from 6 months to 18 months on a summary conviction to maximum of 10 years when the Crown proceeds by an indictable offence, or 14 years if the victim is under the age of 16 years. Judges will always consider the circumstances of the offender and the sexual assault victims circumstances when determining a balanced and fair sentence.

With recent developments in case law and available sentencing options, now Conditional Sentence Orders are available again. However, these sentences will be available for summary conviction matters were the sexual assaults allegations were minor and for only certain sexual offences and not likely were the accused was in a position of trust or authority.

At sexual assault trials, the Crown Attorney must first prove beyond a reasonable doubt several important facts to have the accused found guilty. First, that the sexual acts or sexual activity was of a sexual purpose and that it compromised a person’s sexual integrity and that it also constituted a criminal offence under the criminal code. That the act was of a sexual nature and that the part of the body touched was for a sexual purpose. Next, when the victim does not know the accused, the prosecutor must prove beyond a reasonable doubt the identity of the accused. The Crown must establish through evidence, either witness testimony, or forensic evidence, such as DNA evidence, that the accused was the person and not another person that committed the assault. Often the police will seek a DNA order to obtain a sample for testing. Finally, and most importantly, proving whether the complainant was consenting of not to the sexual activity and the accused person knew there was an absence of consent, did nothing to ascertain consent, or was either knowingly blind, or reckless in obtaining consent. These are the three most important facts that must be proved at sexual assault trials. A Toronto sexual assault lawyer will be able to explain the other important general information that the Crown needs to prove secure a conviction for a sexual offence.

In many cases the accused’s intent, the reasonable steps they took to ascertain consent, or their statements to police will be scrutinized at the trial to establish if there was consent, implied consent, or a mistaken belief in consent.

Every criminal case, especially sexual assault cases, have their own unique circumstances and allegations. A sexual assault lawyer will be able to explain the available defences and the challenges faced for a successful defence. In very general terms, the first issue a defence lawyer will need to determine after all the evidence is reviewed is if there is sufficient evidence to even support the charges that were laid by police. Does the evidence as presented by the police provided enough grounds for the Crown Attorney’s office to conclude that they have a reasonable prospect of a conviction. If not then the charges should be withdrawn.

Sexual assault lawyers understand how a sexual assault conviction can ruin a person’s personal and professional reputation. Being found guilty of a sexual assault can have a profound and drastic impact an an accused. Often news stories about charges will remain online for many years making it difficult to repair a person’s reputation. Further, convictions for sexual assault offences have severe consequences and punishments. A single conviction for could result in a court order for an individual to be placed on the National Sex Offenders Registry (see SOIRA) for 10 years on a summary conviction proceeding.

Sex offender registry orders can remain on a person’s criminal record for life. As the Toronto Star has reported in the past, the Supreme Court of Canada has ruled that SOIRA orders can be unfair to those with mental health disabilities.

William Jaksa is an experienced criminal lawyer based in Toronto that has successfully defended clients on a range of Criminal Code of Canada offences involving sexual violence from minor sexual assault to more serious offences including sexual assault causing bodily harm and aggravated sexual assault. Sexual assault lawyers will be able to assist to ensure that the best possible results are achieved. It is essential that an accused seeks legal services to assist with the sexual assault charges as soon as possible.

END_OF_DOCUMENT_TOKEN_TO_BE_REPLACED

A Sexual Interference charges involves indirect or direct touching for sexual purposes of a person under the age of consent. In Canada, the criminal code established that the age of consent is generally 16 years of age, though it can be up to 18 if the other person involved is in a position of...

END_OF_DOCUMENT_TOKEN_TO_BE_REPLACED 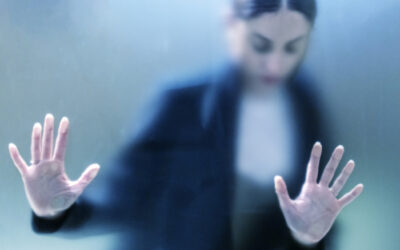 END_OF_DOCUMENT_TOKEN_TO_BE_REPLACED

William Jaksa understands the stigma that his clients face when they are charged with a sex offence. He has experience dealing with highly sensitive and publicized sexual offence cases. He is aware of a client’s need to protect their privacy and reputation. Contact William Jaksa, an experienced criminal lawyer in the Greater Toronto Area at 416-900-0998 for legal advice involving criminal offences that are sexual in nature.