When a human being is killed, it is always a serious criminal offence. In Canada, the charges generally fall under three main categories: murder, manslaughter, and criminal negligence causing death. In this post, we’ll discuss these categories and examine some of the ways that lawyers can argue a case to have the murder charges reduced to manslaughter.

If you have been charged with murder, it is important to seek legal representation as soon as possible. However, do not let this charge ruin your life. There may be a way to reduce the charges to manslaughter, which could result in a lesser sentence if convicted. Contact an experienced lawyer to discuss your options and learn more about how they can help.

According to the Canadian Criminal Code, 1st Degree Murder is defined as:

“Any intentional killing of another that is planned and deliberate or where a murder takes place as a result of an arrangement for an exchange of money or anything of value, where the victim is an agent of the government relating to the criminal justice system, if it stems from any sexual assault offence, relates to a criminal organization or terrorism, forcible confinement or criminal harassment. (Criminal Code, section 231, subsections 4-6)

Manslaughter is killing that is less than murder and is defined as “where the accused committed the offence ‘in the heat of passion caused by sudden provocation’ where they acted suddenly without sufficient time for their passion to cool off.” Manslaughter is any culpable homicide which is not considered murder or infanticide.

Criminal Negligence Causing Death is when the death was because of a careless act or failure to act that showed disregard for the life of another.

Manslaughter is a killing where the intent is less than murder. Many times it is difficult to prove the intent of a person and it may come down to what the accused was thinking at the time of the killing. Criminal defence lawyers can use this uncertainty to argue that the accused did cause harm but did not intend on killing the person, resulting in a conviction of manslaughter instead of murder, and a much lighter sentence.

Involuntary Manslaughter is unintentional homicide where there is no intention for killing. It can be caused by criminal negligence, an unlawful act, or recklessness and most often is the charge when a driver kills someone driving under the influence of drugs or alcohol. An involuntary manslaughter sentence does not carry a mandatory life sentence and will depend on the circumstances of the case. 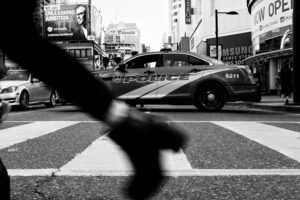 To be convicted of first-degree murder, the Crown must prove that the accused intended to kill the victim and that culpable homicide was planned and deliberate. Understanding what the accused was thinking before and at the time of the murder is crucial and this is often very difficult to prove. The police will attempt to interview the accused to establish their mindset and that they were aware that their actions could lead to the death of the individual.

According to the s. 34 (1) of the Criminal Code, the Court must also take other considerations into account when hearing a murder case such as:

An experienced criminal defence lawyer can use these factors to defend against charges of murder. If you face charges of murder, speaking to the police about your case without a lawyer present may put you in a vulnerable position if you divulge information that can be used against you.

If you have been accused of murder, make sure you have a successful criminal lawyer in your corner. William Jaksa has over 15 years of practicing criminal law in Toronto and has successfully defended clients charged with murder. For a consultation on your charges and your best chance for the best outcome, contact William Jaksa today.

What’s After Being Sentenced To Life Imprisonment

How Long is a Life Sentence in Canada? 25 years in jail followed by...