A Sexual Interference charges involves indirect or direct touching for sexual purposes of a person under the age of consent. In Canada, the criminal code established that the age of consent is generally 16 years of age, though it can be up to 18 if the other person involved is in a position of trust or authority over the person.

What is Sexual Interference?

According to Section 151 of the Canadian Criminal Code, sexual interference charge is defined as:

Charges of sexual interference and sexual assault are similar but different charges. Essentially sexual interference is more specific and must involve the accused touching victims under the age of 16 years for an intended sexual purpose, of is the accused is in a position of trust the victims are under the age of 18 years. With sexual assault, the touching only needs to be sexual in nature.

If you are convicted of the offence of sexual interference are both minimum and maximum penalties. With a conviction under this section of the Criminal Code of Canada there will be a mandatory jail sentence. The dispositions of either an Absolute or Conditional Discharge are not available, either Suspended Sentences or Conditional Sentence Orders.

Registering As A Sex Offender

Along with a prison sentence, if you are convicted of sexual interference, you will also be registered in the federal National Sex Offender Registry or NSOR in the province where you live. The police will have access to your name, address and the crime you have been found guilty of. You must report any chance of your address to the registry and keep your information up to date or face criminal charges. 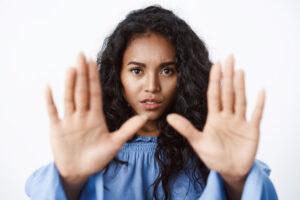 How Criminal Defence Lawyers Against Allegations of Sexual Assault

To prove that sexual interference occurred, the Crown prosecutor must prove that the touching was intentional and for a sexual purpose and that the accused knew the person was below the age of consent or did not take reasonable steps to determine their age. The crown can use evidence such as the body part touched or words or gestures that took place with the touching.

Your criminal defence lawyer will defend your case by doing a thorough investigation and looking into the background of the alleged victim and any relevant details, such as the nature of your relationship and any history between you.

In many cases, it comes down to the specific circumstances of each case. Criminal lawyers experienced in defending charges of sexual interference and other sexual offences can help determine the best method of defence.

If you or a family member has been charged with sexual interference, you need an experienced criminal lawyer to defend your case and help you avoid costly penalties. William Jaksa has over ten years of experience as a criminal defence lawyer in Toronto. Talk to him today for a consultation on your case. If you are in custody you can reach counsel on his toll-free number: 1-844-LAW-WILL.

Nobody wants to talk about the actual cost of sexual assault charges....

Voyeurism, or the act of secretly watching or recording a person who is...

What’s the Difference Between Sexual Assault vs. Sexual Harassment?

Accused of Sexual Assault: What Should I Do?

If you have been accused of sexual assault, it is important to understand...