Traveling to the USA? Have a Criminal Record with Crimes Involving Moral Turpitude?

Moral Turpitude is a legal concept used as the standard by U.S. Customs and Border Patrol to determine if a person may enter. Moral turpitude has no precise legal definition. There is no statutory definition or definitive list of what constitutes a CIMT.

What is a Crime Involving Moral Turpitude? 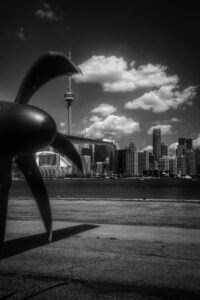 Criminal records matter when traveling to the USA

Will My Convictions Prohibit Travel to the U.S.?

Criminal convictions that are likely to prohibit travel to the United States include:

Some criminal convictions that may not prohibit travel to the United States include:

Recommendations Before Traveling to the United States

Understand the entries on your criminal record. Customs and Border agents are remarkably familiar with Canadian criminal records and they will have access to Canadian Police Information Computer (CPIC). Know when your last conviction was and the sentence you received. Be able to talk about your convictions and sentences with confidence. Do not lie about your record or the fact surrounding outstanding charges. Agents will be able to look-up the information. You can be denied entry for lying to a Customs and Border agent.

If you have a record with CIMT entries, consider talking to a lawyer that specializes in U.S. immigration about Entry Waivers.

How Does A Previous Criminal Record Affect Sentencing?

Having a criminal record can have a direct impact on your life, even...

How Pardons For Marihuana Possession Convictions

Canada recently brought legislation to the House of Commons to make it...

How Long Does A Youth Criminal Record Last?

A criminal record can put a limit on your freedoms and your...

The public understanding of Toronto Criminal Youth Law is rampant with...

How Will A Criminal Record Affect My Future?

Facing criminal charges in Toronto gives cause for immediate concerns. A...