The Differences Between an Absolute Discharge and a Conditional Discharge

When an accused person is found guilty after a plea haring or after a criminal trial, a judge may grant a discharge. The granting of a discharge is entirely at the discretion of the judge and is based on balancing and assessing the offenders personal circumstances with the principles of justice and public interest. In Canada, there are two types of discharges under the criminal code, an “absolute” or “conditional”. In this post, we’ll discuss the consequences of an absolute or conditional discharge and examine the differences between the two different types. We’ll also examine how a criminal defence lawyer can help ensure that a conditional discharge is properly removed from your criminal record.

What is a Discharge? What are Absolute and Conditional Discharges?

If someone is found guilty or pleads guilty, for an offence which has no mandatory minimum punishment, or punishable by imprisonment for fourteen years or life, a judge has the discretion to grant a discharge instead of imposing a criminal conviction.  Conditional and absolute discharges are not a conviction, only a finding of guilt. According to section 730 of the Canadian Criminal Code, a discharge only happens if “it is in the best interest of the person and if it is not against the public interest.” Essentially, a discharge means that an accused was found guilty for the offence but they do not receive a criminal conviction or a criminal record.

In practice discharges are usually reserved for those found guilty of minor criminal offences, who often do not have a criminal record, who could be significantly affected by a criminal record. A discharge could be appropriate if the conviction would have significant repercussions for an accused’s employment or ability to earn an income. Remember sentencing in Canada is a highly individualized practice and depends on the personal circumstances of the offender. However, absolute and conditional discharges are most commonly granted for less serious offences and first-time offenders. Absolute and conditional discharges are simply not available for all criminal offences listed in the criminal code.

A discharge is much different from a suspended sentence, where an individual is found guilty and convicted of the crime and will receive a criminal record and serve a period of probation. 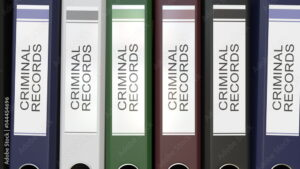 The best interest of the offender requirement is fairly flexible and inclusive. If the sentencing judge is of the opinion that the effect of a criminal record would be disproportionate of the offence committed they may considering granting an absolute or conditional discharge. The judge will need some evidence of the consequences of a criminal record to support it will impact on the accused’s employment, chosen profession or how their education may be affected. Also, the lack of a prior criminal require and some evidence of good character will further support the best interest of the offender requirement.

Not Contrary to Public Interest Requirement

Some factors that are considered when determining to grant either absolute or conditional discharges include: 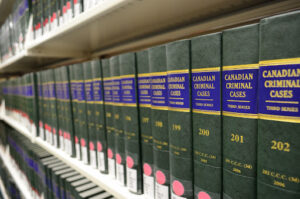 What Is A Conditional Discharge?

Conditional discharges are accompanied by probation orders that imposed conditions to be followed for up to three years. If the conditions are followed during this probation period and there are no breaches then the discharge will automatically be removed from their criminal record.

Some common conditions include:

What Is An Absolute Discharge?

An absolute discharge order discharges the offence with no conditions or term of probation. They are granted when the offence is minor or less serious and/or when the conviction and sentence would disproportionally impact the individual more than the wrongdoing they committed. A prior criminal record, or even prior absolute or conditional discharges, do not disqualify a person from being grant one.

What Criminal Offences Qualify for a Discharge?

As noted, first there must be no minimum punishment prescribed for the offence and the offence must not be serious enough to have either a fourteen year or life maximum jail sentence. Discharges are simply not allowed for sexual assault and most other sexually offences, most drug related offences, but some offences of violence do qualify for discharges. A person without a prior criminal record may be granted a discharge for common assault or even an assault causing bodily harm in extraordinary circumstances. It is common for absolute and conditional discharge to be granted for minor offences such as:

What Are The Consequences of Having a Discharge on Your Record?

If you are granted an absolute discharge, you can claim that you have not been convicted of an offence and have no criminal record. However, a record of your discharge will still appear on your criminal record for one year until it is purged. It will also show up on any criminal records check for employment, volunteering, or a vulnerable sector check until it has been purged from your record. It could also prevent you from travelling to the United States if your offence is an excludable offence.

If you are granted a conditional discharge, it will appear on your criminal record for three years or until you request to have it purged. 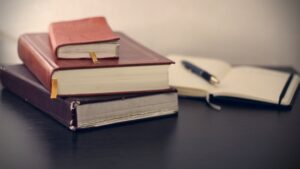 How A Lawyer Can Help With Receiving a Discharge?

A lawyer can help you file the necessary documents to ensure your discharge is properly purged after the required year or three years in the case of a conditional discharge. A lawyer can also help you request your entire file to be destroyed along with reports, fingerprints and pictures. If you need to travel to the U.S., a lawyer can help assess your case and determine the best course of action.

If you are dealing with a absolute or conditional discharge, you need legal advice from an experienced lawyer by your side. William Jaksa has over ten years of experience as a criminal defence lawyer and has experience helping clients with conditional or absolute discharge. Contact William Jaksa today for a consultation on your case.

Summary Conviction vs. Indictable Offence: A Guide For The Accused

If you have been charged with a crime in Canada, the offence will be...

What Are Mandatory Minimum Sentences in Canada, and Do I Need to Serve The Entire Term?

There are currently dozens of crimes in Canada that carry mandatory...

When a judge in Ontario is considering a criminal sentence, they must...

What is a Gardiner Hearing?

A Gardiner Hearing is when evidence is called during sentencing after an...