If you have been charged with attempt murder in Canada, it is important to seek legal advice from a criminal defence lawyer as soon as possible. The consequences of a conviction can be severe, and you need an experienced criminal lawyer who can help you navigate the criminal justice system and protect your rights. This blog post will provide some of criminal law surrounding attempt murder charges in Canada, and will give you a better understanding of what to expect during your case.

Contact our office today for a consultation. We will review the details of your case and provide legal advice on the best course of action. Remember, anything you say can be used against you in court, so do not speak to the police without first speaking to a trusted criminal lawyer.

Simply stated, attempted murder is the failed attempt to commit murder. Like 1st and 2nd degree murder, the Crown is required to prove their case beyond a reasonable doubt that there was a specific intention to murder another person as well as the means and that some direct action had been taken to commit said murder.

Attempted Murder is a straight indictable offence where the accused must have commenced at least one of a series of acts intended to result in death of another person. According to the criminal code, it includes:

You do not need to intend to commit the murder of a specific person to be charged with attempt murder, but instead, the charge is based on if you intended to commit the actions of the offence. Firing a loaded gun into a crowd of people can be considered attempted murder even if you are not aiming at a specific person. In some cases, depending on the circumstances, pointing a firearm at someone could be enough to charge you with attempted murder.

To be found guilty of attempted murder charges, the Crown must prove that there was a specific intent to commit murder and at least one step taken in the attempt beyond preparation. It can be challenging for the Crown to prove that someone intended to kill another person. 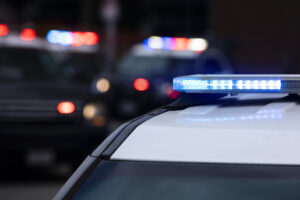 Attempted murder is a serious indictable offence and comes with severe consequences. If a firearm is used in committing the crime or the accused is involved with a criminal organization, there are harsher penalties for sentencing in attempted murder.

The maximum punishment for attempted murder is imprisonment for life.

There are mandatory minimum sentences of:

Can You Be Convicted on Circumstantial Evidence?

Challenge of the Investigation Leading to Arrest

Attempted murder charges are a very serious, and will certainly involve a thorough police investigation. This police investigation will include witness statements, documenting the scene, surveillance videos, cellular phone records and gathering DNA and other forensic evidence.

If police are able to gather enough evidence, they will  attempt murder charges against the suspect. An experienced criminal defence lawyer can help during this initial investigation and help review the Crown’s case to determine the best legal defences.

If you are facing charges of attempted murder, and the prospect of imprisonment for life, you need the help of an experienced criminal lawyer. William Jaksa is a Toronto criminal defence lawyer with over 15 years of experience defending clients in Toronto. Contact Willam Jaksa today for a consultation on your case.

Sentences for manslaughter convictions vary widely and can be difficult...