What is Beyond a Reasonable Doubt (BRD)?

What is the Beyond a Reasonable Doubt?

Personal opinions or feelings are insufficient for reasonable doubt. To satisfy BRD the judge, or the judge and jury, must be more than sure, they must be closer to absolute certainty. There must be a very high probability of the defendant’s guilt. Based on reason and common sense that logically connects to the clear and convincing evidence. The Supreme Court of Canada said that reasonable doubt falls much closer to absolute certainty than to proof on a balance of probabilities.

Alibi evidence that appears to show the defendant was elsewhere at the time of the criminal activity, for instance, may create reasonable doubt. 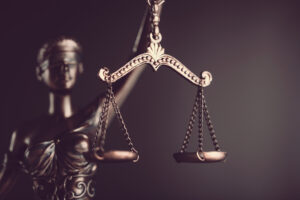 The Scale of Justice ensure that the standard of proof of Beyond a Reasonable Doubt.

How Beyond A Reasonable Doubt Works in Court

In a criminal trial, every person is presumed innocent until proven guilty. In a criminal case this puts the onus on the Crown to prove its case that the preponderance of the evidence supports the idea that guilt is the answer. In demonstrating this, they must prove that the defendant’s guilt beyond a reasonable doubt. If the Crown cannot satisfy beyond a reasonable doubt, there is no conviction.

Evidence That Proves Guilt Beyond a Reasonable Doubt

Just because one piece of evidence cannot be verified beyond a reasonable doubt does not dismiss other evidence. Not satisfying this requirement may not result in that piece of evidence being dismissed. Witness testimony, for example, is notoriously unreliable. Studies have proven that it’s extremely difficult for an eyewitness to accurately ID a person. As well as demonstrating that their memory is easily distorted or influenced. As such, it’s hard to consider unverified eyewitness testimony as providing evidence beyond a reasonable doubt. Yet, it continues to play an important role in criminal trials. 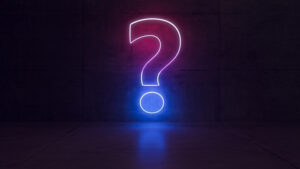 If there is a question of guilty then that is a reasonable doubt.

A criminal lawyer is the best chance to ensure that the presumption of innocence is never lost and to have evidence challenged or dismissed. Whether challenging evidence that does not satisfy a BRD or applying for dismissal of illegally gathered evidence, your defence lawyer may be the difference in whether or not you are convicted.

Are you or a loved one facing criminal charges? Is there a risk that the presumption of innocence will be lost? A criminal lawyer is the best way to ensure that the evidence against you does not add up to the standard of proof BRD. William Jaksa is a Toronto criminal defence lawyer with expertise in challenging evidence. He will help you understand your charges, your options, and their potential outcomes.

The Rule in Browne and Dunn – The Confrontation Rule

The rule in Browne v. Dunn, also known as the confrontation rule, is...

Differences Between Summary vs Indictable and Hybrid Offences

A summary offence is considered a less serious offence and comes with less severe penalties if you are convicted.

The Difference Between Civil and Criminal Court

For many members of the public, the legal system may seem monolithic....

The scope of judicial review of certiorari is very limited, only allowing review where “it is alleged that the tribunal has acted in excess of its assigned statutory jurisdiction or has acted in breach of the principles of natural justice which, by the authorities is taken to be an excess of jurisdiction”. This limited scope of review reflects the limited screening purpose of the preliminary inquiry, only allowing review for jurisdictional error, and not mistakes of fact or law.

The Probative vs Prejudicial nature of any piece of evidence is an issue...