To fall within the aggravated assault definition the assault must have been committed intentionally by the offender and that act of assault wounds, maims, disfigures or endangers the life of a person. Also, in addition to the act being committed intentionally, the offender would have known, meaning that they had the objective foresight, that the conduct would subject the victim to serious injuries.

The aggravated assault Canada definition is found in section 268(1) of the Criminal Code of Canada and carries a maximum penalty of 14 years.

Wound generally refers to when there is a breaking or cutting open of a person’s skin that causes bleeding that would require medical attention. Small scrapes and scratches don’t rise to the level of aggravated assault. It usually requires some permanent damage to meet the definition.

Some criminal law cases have defined maiming to refer to an injury that is so significant it hurts a person to such a degree that they are unable to function or less able to fight. It includes injuries such as broken bones, loss of vision, mobility and alike.

When criminal courts discuss disfigurement they have defined it to mean injuries that are more than a temporary marring of a persons appearance. While sometimes this may include bruising and other times will not. It usually means that there will be a permanent scarring, permanent disability, the loss of function of a arm, leg or hand.

Three Levels of Assault in Canada

What Must Crown Prove For a Conviction

As for almost all criminal offences in Canada the Crown must prove the date, time and jurisdiction as to where the offence took place. These are usually fairly easy for the prosecution to establish. Then an important element is that the accused was the person that committed the crime or was a party to the offence. That usually means establishing the accused persons identity and placing them at the scene of the offence. Once these elements have been proven or established then the Crown must prove each element of the offence beyond a reasonable doubt.

For an aggravated assault the Crown must prove that the accused applied force to the victim without their consent. That the force was applied either directly, such as a punch, or indirectly like an object thrown at the victim. That the application of force was intentional, in that the accused meant the act committed and meant that to be an assault. Finally, that the violence used was predictable to cause the aggravated injuries that resulted in the wounding, maiming or disfigurement of the victim.

The mens rea for aggravated assault is the same for common assault with the addition that there was objective foresight that the assaultive act carried the risk of causing bodily harm. The Crown does not need to prove that the offender wished to or intended to cause the specific injuries just that those injuries were reasonably predictable. The court when determining the intent will apply the ‘reasonable person’ test. That whether a reasonable person would realize that the actions, the assault, would cause the risk of some harm.

Assault Causing Bodily Harm found is under section 267(b) of the Criminal Code. For an assault to be considered meeting the bodily harm threshold the injuries must have interfered with the victim’s health or comfort and be more than merely transient or trifling in nature. The injury must last longer than a very short period of time and be more than minor in nature. Bodily harm can also include a psychological injury. Bodily harm is a low threshold to meet in comparison to an aggravated assault.

Another difference is that aggravated assault is a straight indictable offence, while assault cause bodily harm is a hybrid and the Crown can choose how to prosecute the offence.

For an more detailed explanation of the Summary Offences vs Indictable Offences please refer to the article: Differences Between Summary vs Indictable and Hybrid Offences.

What does Transient & Trifling mean?

For and injury to raise to level of bodily harm it must more that transient, meaning that it lasts more than just a few days. That it is not permanent or even temporary. While trifling means that the injuries were of little value, petty or insignificant. An injury must be both transient and trifling to be excluded from being defined as bodily harm. The courts have ruled that it is not necessary to call medical evidence to prove bodily harm. The victim’s evidence is sufficient to establish evidence of the injuries.

Examples of bodily harm include such injuries as broken noses, scrapes and lacerations that are more than just minor. Sore throats, neck and other soreness that lasts for more than a transient amount of time. Bruising that is on the face, neck or other parts of the body that last for more than a few days or a week (no fixed amount of time).

There are a number of substantive defences to assaults in general. They must have an Air of Reality to them at trial to be successful.

Consent is a defence only to common assault as a person cannot consent to bodily harm. However, if the bodily harm was not intended then consent may still be an available defence, see the Supreme Court of Canada case of R. v. Paice (2005).

Self defence allows a person to use reasonable force to defend themselves. There are certain circumstances in which all people have the right to respond to force, or the threats of force, with force to stop an attack. An accused must be able to show that the follow criteria were present at the time:

An accused person is never required to prove that there was no reasonable way of withdrawing or retreating from the situation.

The defence of property is another circumstance in which force may used and is a defence to a type of assault. This defence is codified under section 35(1) of the criminal code. A person must have reasonable grounds to use the force, the grounds must be reasonable in the circumstances.

This defence is often available for property owners that are trying to remove people from their property.

Defence of Another Person

The law also allows the application of force to defend others. The force used to stop the attack on another must be reasonable in the circumstances. The accused must be able to show the same criteria as with self-defence was present at the time.

The defence of reflexive action is based on a lack of voluntary conduct, no actus reus, may be raised in answer to criminal charges. The reflex action must an involuntary response to which that accused had no control over, and of course there must be an air of reality to the defence.

Some of the aggravating and mitigating factors that may apply specifically in an aggravated assault case include, but certainly not limited to the following:

Unfortunately in most cases when there is a conviction for aggravated assault prison time will likely follow.

The Criminal Code outlines that not all sentencing dispositions are available for this offence. A person found guilty of aggravated assault cannot receive a discharge. But a convicted person can receive a suspended sentence, fine and probation. There is no minimum jail sentence required upon conviction of aggravated assault.

Also since this is a straight indictable offence and since it carries a maximum penalty of 14 years in prison the accused is entitled to a preliminary hearing if they wish.

While the maximum penalty is 14 years in prison that maximum sentence increases to a life sentence IF the aggravated assault involved intimate partner violence and the accused already has a conviction for domestic violence.

In Ontario, Justice Code’s decision in the case of R. v. Tourville, 2011 ONSC 1677 (CanLII), provides sentencing guidelines for those convicted of aggravated assault. Justice Code organized distinct sentencing ranges to bring some order to the wide range of sentences that case law discloses.

The low range which Justice Code considered to be “exceptional” are sentences that are less than 18 months. These cases will have serious bodily harm, but likely not life altering, and there will usually be a high degree of mitigation which will reduce the amount of jail required.

Then there is the mid-range where sentences range between eighteen months and two years less a day.  These cases generally involve first offenders and generally contain some elements suggestive of consent fights but where the accused has resorted to excessive force.

The high-end range is generally between four to six years. These cases generally involve recidivists, with serious prior criminal records, or they involve “unprovoked” or “premeditated” assaults with no suggestion of any elements of consent or self-defence.

If you are charged with aggravated assault Canada, it is important to have an experienced criminal defence lawyer who understands the law and can give you legal advice about your best options. William Jaksa has over 15 years of experience defending people accused of all types of criminal charges, including sexual assault and aggravated assault. He understands the consequences a conviction can have on your life and will work hard to get the best possible outcome for you. He understands that all clients matter and all results matter.

A criminal defence lawyer will be able to provide general information and legal advice on possible defences and explain in detail what constitutes an aggravated assault and if the injuries are of a nurture that maims, disfigures or endangers the life of the complainant. Contact us today.

Consent is an issue that arises in many areas of criminal law in Canada....

What is assault Assault is the intentional application, or the threat...

When it comes to being charged with domestic assault, people often wonder if the charges can be dropped or withdrawn. They wonder what will it take to have the assault charges dropped? Often because there is an intimate and close relationship with the alleged victim an accused person believes...

END_OF_DOCUMENT_TOKEN_TO_BE_REPLACED

What is a Criminal Defence Lawyer If you have been charged with a criminal offence and are looking for help, then you may be wondering what a criminal lawyer does. This type of lawyer is someone who specializes in criminal law and can represent you in court if you are facing criminal charges. They...

END_OF_DOCUMENT_TOKEN_TO_BE_REPLACED 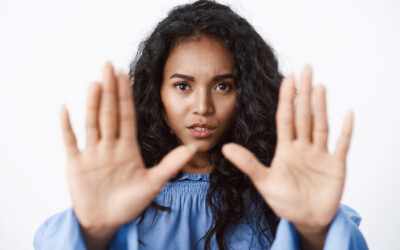 A Sexual Interference charges involves indirect or direct touching for sexual purposes of a person under the age of consent. In Canada, the criminal code established that the age of consent is generally 16 years of age, though it can be up to 18 if the other person involved is in a position of...