Sexual assault lawyers deal with complex laws and evidentiary issues. To help those who are facing sexual assault charges or looking to better understand them, we present the following guide. 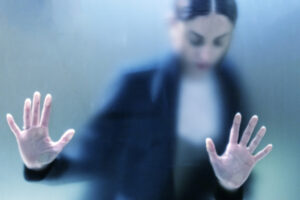 What is Sexual Assault in Canada?

Sexual assault is any physical contact of a sexual nature that violates a person’s sexual integrity without consent. It often involves acts which including:

It is one of the most common forms of assault. In fact, the most recent Statistics Canada release estimates over 600,000 people annual self-reported being sexually assaulted.

Sexual assault is one of the most reported sexual based offences. It can include all sexual activity that is of a sexual nature from sexual touching to sexual intercourse. There are three main types sexual assault allegations in the Canadian Criminal Code:

Simple sexual assault charges generally involve little or no physical injury. Punishment depends on a number of factors including age, severity, and summary or indictable conviction. Maximum penalties are up to 14 years.

Sentencing ranges for these criminal offences Conditional Sentence Orders (house arrest), to jail sentences up to 18 months on summary convictions and to 14 years for indictable convictions. Sentences under 2 years in jail will often have Probation Orders and there may be orders to report under the national sex offender registry.

Sexual Assault With a Weapon

Sexual assault with a weapon, if the assault is for a sexual purpose, threats to a third party or causing bodily harm is an indictable offence. The harm, or threat of harm, to the complainant is more damaging and thus treated more severely. Any conviction results in jail time.

Sexual assault with a weapon does not require use of the weapon. It includes:

Causing bodily harm to achieve or force a sexual act is covered under the same charges. As well as being party to the offence with another person.

Sexual Assault With a Weapon Penalties

*Subsequent offences are only taken into account within 10 years after the previous conviction.

I’m Being Added to the Canada Sex Offender Registry. Now What?

An aggravated sexual assault conviction always requires imprisonment. These are allegations wherein the complainant was sexually assaulted during the sexual activity or the assault the accused disfigures, wounds, maims, or otherwise endangers the life of the victim. It is an indictable offence and the most harshly punished type of sexual assault charge.

Punishments for accused found guilty by a judge on aggravated sexual assault charges face jail sentences of either 4, 5 or 7 years to life depending the circumstances . An experienced sexual assault lawyer will understand strategies to mitigate sentences and obtain the best results. Also, a sex offender will be added to the sex offender registry.

Domestic sexual assault occurs between siblings, spouses, and intimate partners. It isn’t technically a separate charge from sexual assault. However, it is generally treated more severely and may additional consequences of sentencing.

Like other forms of domestic assault, those convicted generally face:

Sexual assault lawyers are especially important in domestic charges, where access to your family is potentially on the line.

Consent is one of the most important aspects of sexual assault charges. The Canadian Department of Justice defines consent as, “the voluntary agreement of the complainant to engage in the sexual activity in question.”

Put simply, consent is agreeing to a sexual act of your own free will. Where there is consent, there is no sexual assault. However, consent can be tricky. It needs to be expressly given, the complainant can revoke consent before or during the act, and they must be capable of consenting.

Here are a few examples where consent is not legally recognized:

Age of consent is not cut and dry, but does follow some basic tenants:

When alcohol is involved, a role of the sexual assault lawyer is to try and establish when consent was given. If consent is given while the complainant was of sound enough mind to consent, then there is no assault, even if they become more intoxicated before the act.

Consent to sexual activity is one of the biggest factors in determining guilt beyond a reasonable doubt at a trial. An experienced sexual assault lawyer will attempt to demonstrate to the Court that the victim gave sexual consent or that the accused person a honest and reasonable belief that there was consent. If consent can be established and the Court has a reasonable doubt on the accused’s guilt the sexual assault charges are usually dismissed.

Proving consent is often difficult to prove. As such, sexual assault lawyers often use the complainant’s sexual history to suggest a high likelihood of consent being given. To this end, it has become common for sexual assault cases to involve social media activity in the defence.

In many circumstance surrounding sexual activity, consent was not expressly given. The accused may have an argument that consent was implied, if not spoken. If the complainant was capable of consent, and their behaviour/interactions could reasonably assume consent, the court may rule in the defendant’s behaviour.

This doesn’t match the strictest legal definition of consent and relies on a genuine belief that the sexual activity was consensual. 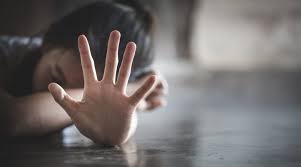 Sexual harassment can include:

Sexual harassment is illegal in some instances, specifically in the workplace. It is generally a civil matter, rather than a criminal matter.

The recent sexual assault and harassment allegation in Hollywood have lead to much of the existing confusion between harassment and assault. While both are sexual offences, they are not equal charges.

Nobody wants to talk about the actual cost of sexual assault charges....

An aggravated assault is the most serious violent crime before murder under Canadian criminal law. A simple assault, or common assault, is when there is the intentional application of force, directly or indirectly, to another person without their consent. But an aggravated assault is committed when that assault “wounds, maims, disfigures or endangers the life of the complainant”.

A Sexual Interference charges involves indirect or direct touching for...

Can You Be Charged with Assault Without Touching Someone?

When most people think of assault, they think of someone being physically...