After an accused person has been arrested and charged with a criminal code offence the arresting police officer may release that person from the scene or the police station.  However, depending on the nature of the allegations, the accused’s personal circumstances and their criminal record, the police may decide to hold the person for a bail hearing within 24 hours.

Having an experienced criminal defence lawyer is important to securing a bail order with reasonable bail conditions. For over 15 years William Jaksa has been conducting contested bail hearings and bail reviews in Ontario. He is an experienced criminal lawyer that understands restrictive conditions or house arrest conditions are not always required to ensure compliance with a judicial interim release order. An effective bail supervision plan should focus on the personal circumstances of the accused person, the nature of the outstanding charges, on any safety concerns, and proposed supervision offered by one or more sureties. An accused person’s release on a bail order should be the normal outcome after a fair show cause hearing.

Unfortunately, often proposed sureties are unprepared for a contested bail hearing and often fail to adequately address the Crown’s concerns on one or more of the three grounds a judge or justice must assess when determining if an accused’s detention is necessary. Sometimes the sureties, even though honestly well-intentioned, are simply unacceptable for the role or responsibility. Other times the presiding justice finds that proposed supervision plan is inadequate for accused person’s unique circumstances. Failing to present one or more acceptable sureties or an acceptable proposed plan of supervision will result in a detention order and an accused person remaining in jail until their trial date or the matter is resolved. Being denied a release order will often increase legal costs, interfere with employment, limit a person’s defence options and create undue stress on a person’s family. Its important that a criminal lawyer is retained soon after a person’s arrest to provide legal advice and commence preparing a release plan and the sureties to testify in criminal court.

Bail in Canada is a type of contract between a person held in custody and/or their proposed sureties (if required) the Crown Attorney’s office and the Court. The Court releases the person held in custody in exchange for a promise or guarantee that the accused will abide by the release conditions. Often a person (referred to as a surety) promises to supervise an accused and pledges an amount of money to the court as a guarantee. If the accused fails to follow the conditions of their release or make their court appearance the bail amount promised can be forfeited to the court. The bail remains in force until the criminal charges are disposed of. A bail order can be varied with consent of the Crown prosecutor in the appropriate cases.

WHY HIRE A BAIL LAWYER IN TORONTO?

Experienced defence counsel will be able to assist in preparing a suitable supervision plan, preparing the proposed sureties to testify in court, and help organize the various documents required during a contested bail hearing. Not every bail hearing is the same. There is no one supervision plan that will work for every criminal charge. Bail hearings for domestic violence cases have a completely different set of considerations than a drug trafficking case or careless driving causing death case. Sureties will need to understand their role and responsibilities as they differ upon the criminal offences before the court.

WHAT IS A BAIL HEARING?

In the criminal justice system a show cause hearing, or more commonly referred to as a bail hearing, is a court proceeding that typically happens before a presiding Justice of the Peace to determine whether a person in police custody can be released. The Crown Attorney will advise of the allegations, the criminal code offences and explain the grounds on which they are seeking the person’s continued detention in jail. Defence counsel can call evidence through witnesses, present potential sureties and make submissions for accused’s release. Through the surety’s evidence defence counsel will demonstrate how the accused can be supervised on a bail order and the necessary condition that should be on that form of release. After all evidence and counsel submissions have been made a judge or justice will need to determine the form of release or order detention.

When deciding to release a person facing criminal charges the presiding justice must consider such factors including:

RESPONSIBILITIES OF A SURETY

The role of a surety is often referred to as a “civilian jailer”, which is to guarantee the good bahaviour of the accused person while they are on bail. They must ensure that the accused attends court when required, not commit any further crimes, and follow all the conditions of their bail order. During the bail hearing the court always wants to confirm that acting sureties are willing to accept the role and understand their responsibilities. That they understand the allegations and circumstances of the accused person, that they really know and understand the person they are supervising. Finally, that a surety knows how to “pull bail” and end their obligations. A bail hearing lawyer will be able to provide legal advice and assist a surety prepare for court and understand what is required for the bail plan.

Normally, the court only requires a surety to pledge or promise an amount of money in support of a accused person’s bail. The practice of depositing money with bail courts is only require for accused persons that live out of the jurisdiction. A proposed surety is often only required to prove that they already had the funds in savings prior to the accused’s arrest.

Bail conditions are intended to be tailored to the accused person’s personal circumstances in light of the allegations. The Court is concerned about the accused showing up for court, not committing any further offences while on bail and not interfering with the administration of justice. Therefore a bail order should be crafted to meet the Court’s concerns and the public’s safety while still having some nexus with the allegations and the circumstances of the accused.

In almost every Ontario Court duty counsel will be able to assist with minor cases and explain how a criminal proceeding works and other general information. Duty counsel services are provided by Legal Aid Ontario. They are often defence lawyers who work with legal aid that can help the family members of those with limited resources when they attend court. In many cases they are able to assist by negotiating with Crown Prosecutors the least restrictive bail conditions and sometimes a consent release for a minor criminal offence. 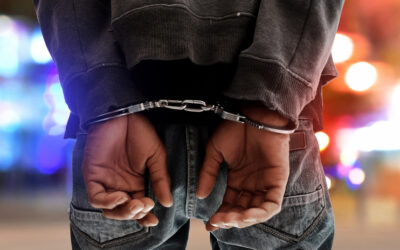 How to Bail Someone Out Jail?

END_OF_DOCUMENT_TOKEN_TO_BE_REPLACED

While the Ontario Court of Justice and the Superior Court of Justice are being forced to adjust to the coronavirus pandemic by embracing the widespread use of telephone conference calls, video appearances and virtually courtrooms where all the participants are appearing remotely. The courts are...

END_OF_DOCUMENT_TOKEN_TO_BE_REPLACED

The Supreme Court of Canada in Myers, 2019 SCC 18, just added new life and purpose to the 90-day detention reviews. The real question will be how the Courts and various Crown Attorney Offices react. This could easily mean many more section 525 reviews to ensure that people are not...

END_OF_DOCUMENT_TOKEN_TO_BE_REPLACED

If an accused has been denied bail during a Bail Hearing, depending on the reasons given by the Court for denying bail, a bail review in the Superior Court of Justice may be an option. Bail Reviews require planning and time to organize and could take a few weeks. If you have been denied bail contact William Jaksa, an experienced Bail Lawyer in Toronto, to work on your case.