What Happens When You Get A Second DUI Charge?

The Importance of Fighting a Second DUI Charge

Any impaired driving charge can severely impact your personal freedoms. It can result in a criminal record, more severe sentencing, limit travel, increase insurance rates, and will at least temporarily suspend your driving privileges. If you are facing a second (or more) driving under the influence charge, the consequences are even more severe.

One of the aggravating factors that Judges consider in sentencing is your criminal record. If you already have one (or more) DUI conviction on your record you are considered a repeat offender. This makes you appear to be a greater risk to the community and of reoffending. As a result, there are generally greater fines and penalties if you are convicted of a repeat offence.

On the second offence for DUI, there are more severe sentencing options available to the Judge than on your first. There is a real possibility of receiving a jail term and/or probation as the criminal code sets out a 30 day jail imprisonment as the minimum sentence for a second impaired conviction. As well, you could end up having your driver’s license permanently suspended.

Fighting any impaired driving charge is important. But with more severe sentencing options and increased consequences, fighting a second DUI charge is even more important. 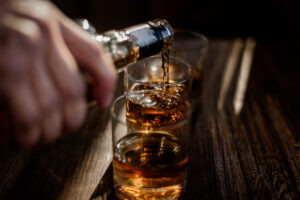 Over 80 and Impaired Driving charges.

The first offence for impaired driving in Ontario sets a fine as the minimum sentence. For a second offence, jail time is added. The minimum is imprisonment for a term of 30 days as well as a 24-month driving prohibition. For every repeat offence after the second, the minimum increases to a 120-day term of imprisonment and a 36-month driving prohibition. There is a maximum sentence of 10 years jail time for second impaired driving convictions.

In addition to these increased minimums, other factors will be considered that can increase the severity of sentencing.

One of the other common aggravating factor for impaired driving charges is the time since the first offence. The less time that has elapsed between the first and second offence, the more severely it is viewed. A short period suggests a pattern rather than a lapse in judgement.

Your first, and most important step, in fighting an impaired driving charge should be to hire a DUI lawyer. A DUI lawyer will help you understand the DUI charges against you, and the potential implications and impact on your personal life. As a repeat offender there will almost certainly be jail time involved.

An experienced DUI lawyer will be able to determine if the police had the grounds to request a breath sample and followed the correct procedures in determine the blood alcohol levels. A DUI offence can be a very technical offence to both prosecute and defend.

Proving in court that a person was impaired while driving is a very technical process for the Crown. A criminal lawyer who understands the right questions to ask and how to effectively challenge evidence can make the difference between getting a conviction, plea deal, or being found not guilty.

Do not give in. If you, or a loved one, are facing a second DUI charge it is important to fight it. It can be tempting to just try and accept the charges and get through the matter as quickly as possible, but there may be serious long-term consequences as a result.

A DUI lawyer will review the circumstances of your arrest to examine your best options for a defence. William Jaksa is a criminal defence lawyer with over a decade of experiencing challenging evidence and protecting client interests in cases like yours.

Can You Get Charged For A DUI On A Bike?

Riding a bicycle while impaired is not a criminal offence in Canada.

Should I Take a Plea Deal for an Impaired Driving Charge?

When you are charged with impaired driving, the stakes feel high. Taking...

What To Do The Day After Arrested for DUI?

The day after being arrested for a DUI is a tough one. There are a...

Ignition Interlock Devices Blow – Will I Need A Blowbox For A DUI?

An ignition interlock device, sometimes called a blowbox, is a device...