Am I A Victim of Police Entrapment?

Some police investigative techniques often leave an accused person feeling that the police tricked them into committing a crime. Whenever police employ tactics that influence an accused to commit a crime by the use of trickery, persuasion or fraud it can be considered ‘police entrapment’. A police officer during the course of their investigations is bound to ensuring the criminal law is not breached because of their actions.

Generally, the case against an accused is much more persuasive when police are able to arrest the accused in the act of committing the offence. This causes officers to sometimes structure and plan their investigations in such a manner that leads to them finding an accused already engaged in the act of committing a crime. However, these types of investigations sometimes cross the line from random virtue testing to unquestionable police entrapment and police investigative techniques. 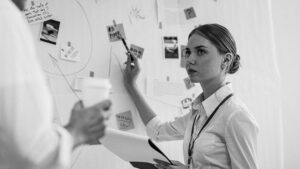 Police officer planning a police investigation – is there a police entrapment defence?

Simply, police entrapment occurs when officers influence an accused person to commit a crime that but for the police coercion they would not have.

If, for example, police have information or a reasonable suspicion that a particular person is selling drugs and they arrange a drug purchase with this person, without the use of undue influence, it would not rise to the level of police entrapment. However, if during the process of making arrangements to purchase drugs the undercover officer threatened the dealer, or significantly coerce them, to commit criminal activity that would be considered police entrapment.

For a police entrapment defence to be successful it needs to be demonstrated that the police techniques involved an abuse of process and fairness. There are two relevant and determinative branches in testing for police entrapment:

Reasonable Suspicion – Which is Different Than Beyond a Reasonable Doubt

When police commence an investigation they require reasonable suspicion prior to targeting the accused. They require some grounds to commence investigating or they risk violating a person’s Charter Rights. These grounds sometimes are born from police observations and regular law enforcement investigations or are from police informants or community complaints. Regardless, there should always be an identifiable ground that drew the police attention to a suspect.

Beyond a Reasonable Doubt is the standard upon which a court must reach for an accused person to be found guilty of an offence. This is a much higher standard than the police require, which is a mere reasonable suspicion, to conduct an investigation or inquiry into a person to determine if they committed a crime.

Offer Opportunity or Act to Induce Commission of Offence

When assessing whether police unlawfully entrapped an accused It must be determined if they merely offered an opportunity to commit a crime, or if they acted to encourage the commission of the criminal offences. Offering an opportunity to commit a crime is absolutely lawful. But, if police acted in anyway to induce the commission of the offence by trickery, persuasion, or fraud then police entrapment may have occurred. If successful the police entrapment defence could lead to a stay of proceedings.

The problem for the Courts is that police are afforded much freedom while conducting undercover projects. Not every example of police trickery, pressure tactics or heavy-handed persuasion will amount to entrapment even if Charter Rights were violated. It often requires repeated patterns of bad-faith on behalf of police to convince Courts that entrapment occurred.

In recent years, there has been some media attention given to specific types of police undercover projects that come very close to police entrapment. One such example is the Mr. Big sting operations.

Mr. Big, or the Canadian Technique, is a favorite law enforcement sting operation used to get confessions out of cold case suspects. It has a high conviction rate and success in uncovering terrorists and resolving cold murder cases. Because of the highly influential police tactics, and the overt jeopardy much criticism has been levelled that Mr. Big strings are complex cases of police entrapment that prompting false confessions, and of violating Charter 7 Rights.

How the RCMP Mr. Big Sting Investigation Works – Is It Actual Police Entrapment?

The police create a fake criminal organization and entice the (usually financially struggling) suspect to join. They start off paying them for small criminal acts, bringing them further into the gang over time.

Eventually, the suspect meets the supposed kingpin of the criminal organization, Mr. Big. In reality, Mr. Big is a police interrogator. He addresses the cold crime and compels them to confess as a sign of loyalty or to help them out.

The sneaky law enforcement technique is effective, but there has much criticism of the sting operation. For example, the fictitious organization usually pays the suspect well for the work they do. As a result, people may make a false confession in order to maintain their new lifestyle.

Providing that the police have reasonable suspicion this technique is difficult to prove as involving police entrapment and the entrapment defense is difficult. The criminal activity the police coerce the suspect to do is not what they are on trial for, instead it is the confession.

Victim of Police Entrapment? Is There an Entrapment Defence?

If you are facing criminal charges, the first step should always be to hire a criminal defence lawyer. A criminal lawyer can help you determine if you have an entrapment defence which applies to your case. A criminal lawyer will be able to assess your case and determine if police merely afforded you the opportunity to commit a crime or the police officer encouraged you to commit a crime without having reasonable suspicion.

There are many entrapment myths, such as a belief that police need to reveal themselves if asked, that persist. You need to know whether or not an entrapment claim is worth pursuing before going to trial.

William Jaksa has been practicing criminal law in Toronto for over 15 years. He believes that all his clients matter and works to ensure they have the best defence possible. Contact William Jaksa today to schedule an appointment.

If you are an American citizen arrested in Canada, it is important to...

What is a Criminal Defence Lawyer If you have been charged with a...

Diversion For Criminal Charges in Ontario

Many individuals facing criminal charges have questions about alternate...

What To Do If You’re a Tourist Arrested in Canada

If you are visiting Canada from another country, chances are you are...

Conflicts of Interest From lawyers to politicians, we expect a certain...