Defining Obstruction of a Police Officer in Toronto

Recently with an increase of public demonstrations in Toronto there has been some discussions about obstructing a police officer in the execution of their duties. But what does this actually mean? Well, the Toronto Police Service have released their official definition of obstruction, and it’s surprisingly straightforward and not exactly in accordance with the criminal code. In short, obstruction is anything that gets in the way of officers doing their job. So if you’re trying to help out by getting out of the way or providing information, you’re not obstructing. But if you’re being uncooperative or hindering an investigation in any way, then you may be guilty of obstruction. Keep this in mind next time you run into a cop on the streets of Toronto.

Section 129 – Obstruction of a Peace Officer

In the Criminal Code, the offences relating to Obstruction of a Police Officer, or more causally referred to as Obstruct Police, are found under Part IV: Offences Against the Administration of Law and Justice.

People are often charged with obstruction charges when they deliberately lie to police or interfere with a public officer while they are in the execution of his duties. Specifically, someone can face charges if:

This article discusses the most commonly charged type of obstruction, section 129(a). 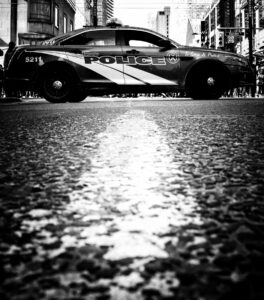 (a) resists or wilfully obstructs a public officer or peace officer in the execution of his duty or any person lawfully acting in aid of such an officer.

The Crown Attorney prosecuting an Obstructing a Peace Officer charge can decided to proceed by way of summary conviction or treat it as an indictable offence depending on the severity of the allegations. Also, the maximum sentence is two years upon conviction. A criminal defence lawyer will be able to explain the possible sentencing ranges for this offence under the criminal code.

For a Judge to find a person guilty of obstruction a police officer  or peace officer they must find that all three of the following elements were present:

There are many ways in which to charge a person with obstruction an officer if it interferes with the officer ability to carry out their duties. A defence lawyer will be able to explain in more detail what is obstruction of a police, but some common examples of Obstructing a Peace Officer include:

To prove the offence of obstruction in court the prosecutor must prove the following elements of the offence, beyond a reasonable doubt to a Judge.

The first three elements are necessary to secure a conviction. They are very easy for the Crown to prove and often are uncontentious facts or points of evidence. It is the remaining elements that tend to be litigated in obstruct trials.

Engaged in Lawful Execution of their Duty

Another important element that the Crown needs to prove is that the officer was at all times in the lawful execution of their duties. Sometimes an officer, intentionally or accidentally, oversteps their authority and are no longer in the lawful execution of their duties. This becomes a salient issue at trial if the officer violated a person’s Charter Rights and as a result of that violation led them to an investigation.

The presiding judge would need to determine if the officer was acting in good faith. If not, then it can reasonably be argued that an officer was not engaged in their lawful duties when they were obstructed.

Obstruction of a Police Officer or Peace Officer – Criminal Charges

What constitutes an obstruction is often what is litigated most in these types of trials. The officer’s perception of the obstruction tends to be the central issue.  Blacks Law Dictionary defines obstruction as to impede; to interpose impediment to the hindrance or frustration of some or service. This very broad definition allows liberal interpretations of what an officer could consider to being an obstruction of their duties. Of notes, the Criminal Code of Canada does not define Obstruction.

When trying to determine if an obstruction occurs there are principles that have been established by Judges that criminal lawyers consider: 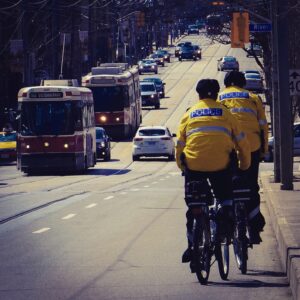 To be convicted a Judge must believe that the accused person intentionally and willfully meant to obstruct a public officer or peace officer. A criminal defence lawyer will be able to explain in great detail what constitutes the intention to obstruct a police in the execution of their duties.

Defending Obstruction of a Peace Officer Charges in Toronto

Obstructing a Peace Officer in Toronto can result in serious consequences, ranging from a criminal record to serving up to two years in jail. If you, or a loved one, are facing Obstruction charges you need to consult with a criminal defence lawyer.

William Jaksa is a Toronto criminal lawyer with over a decade of experience dealing with cases like yours. Contact Jaksa today for a consultation.

In an attempt to clear the high number of cases currently awaiting trial...

The Difference Between Civil and Criminal Court

For many members of the public, the legal system may seem monolithic....

What is a Gardiner Hearing?

A Gardiner Hearing is when evidence is called during sentencing after...

The OCJ is adjourning all criminal matters as a result of the COVID-19...

What Happens When You Surrender A Firearm?