The sentencing guidelines are strict due to the sexually explicit nature of child pornography and the need to protect children both in Canada and from around the world from exploitation. Section 163.1 of the Canadian Criminal Code sets out the minimum mandatory sentences for child pornography possession:

Of note, recently developments in child pornography case law have seen that the mandatory minimum punishments have been found to be unconstitutional and judges are sentencing offenders to less than the minimum sentences prescribed in the criminal code. Also recently court decisions have again made Conditional Sentence Orders available for some child pornography related offences.

All offenders are also added to the Sex Offender Registry.

Even significant mitigating factors have traditionally not been able to achieve more lenient sentences, and offenders who are suffering from other trying life circumstances are subjected to jail time. William Jaksa and his colleague Nabeel Sheiban, however, recently set a new precedent when they defended a man who pleaded guilty to possession of child pornography and through a successful argument were able to overturn the mandatory minimum incarceration in favour of a 10-month Conditional Sentence Order (house arrest) and 3-year Probation Order. An aggravating factor in this case was the how sexually explicit the child pornography was.

What constitutes child pornography in Canada?

The four main child pornography offence in the criminal code are: 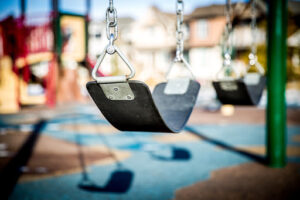 How the mitigating factors influenced the sentencing decision

The courts agree that crimes of a sexual nature against children are serious and harmful, and the latest decision of the Supreme Court of Canada calls for harsher sentencing in sexual offences against children (R. v. Friesen, 2020).

In a recent case argued by Mr. Jaksa, the defence put forth that the accused was a victim of years of “hands-on” sexual abuse and argued that his life circumstances, including his drug addictions, are significant mitigating factors. His clean record since his arrest and recommendations from his doctors, family and partner that speak to his recovery and genuine remorse are also mitigating factors.

He also had no prior criminal record, and there was no evidence to suggest he was any danger to any children in the community or he was a person accesses child pornography.

The sentencing factors a judge will consider for sexual crimes against children as set out in R. v. Friesen are:

If you have been arrested for publishing child pornography, or any other child pornography offence, your life circumstances may help mitigate sentencing. You should be prepared to speak to your experience criminal lawyer about your life circumstances and present mitigating factors that affect your case along with your plans for rehabilitation or treatment to address issues that may have led to your crime.

If you are looking for someone to properly defend the circumstances of your possessing child pornography charges, William Jaksa can help. He will help you understand these criminal sentencing considerations and can advise you on the best circumstances to present to a judge and how to present your case in the best light.

The page you requested could not be found. Try refining your search, or use the navigation above to locate the post.