Recently, there have been several high-profile cases where murder cases, either first degree or second degree murder, have initially been charged as manslaughter or vice versa. While the definition of murder may seem straightforward, legally, specific circumstances determine whether a charge is deemed first, second-degree murder, or manslaughter.

What is the Legal Definition of Manslaughter?

In simple terms, manslaughter is when a person does something wrong, the actus reus, but does not mean, the mens rea, to kill or cause significant bodily harm, and another person dies because of it. It is less than murder but more than an accident.

It is not always easy to prove a manslaughter charge because it often comes down to proving intention or what the accused person was thinking about at the time of the act.

Generally, the criminal code sets out three categories types of manslaughter, an unlawful act, caused by threats or fear and by criminal negligence. 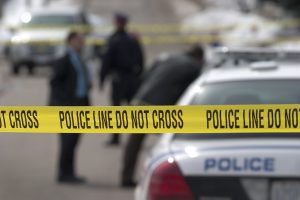 Penalties for Manslaughter in Canada

Aggravating and Mitigating Circumstances for Manslaughter

For some cases, murder charges may be reduced to manslaughter if the person was provoked and committed the homicide in the heat of passion or their mental faculties were impaired by alcohol or other substances.

A provocation is defined as:  “A wrongful act or an insult that is of such a nature as to be sufficient to deprive an ordinary person of the power of self-control is provocation for the purposes of this section if the accused acted on it on the sudden and before there was time for his passion to cool.” Provocation is only a defence when the homicide was committed in the heat of passion and the accused person did not have sufficient time to consider their actions. It was that passion caused the accused that sudden provocation which ultimately caused the resulting death.

If you or a loved one face manslaughter charges, you need an experienced and skilled criminal lawyer on your side. William Jaksa has over 15 years of experience defending clients in the criminal justice system and can help you understand your case and help you find the best outcome. Contact Willaim Jaksa for a consultation on your case today.

Sentences for manslaughter convictions vary widely and can be difficult...