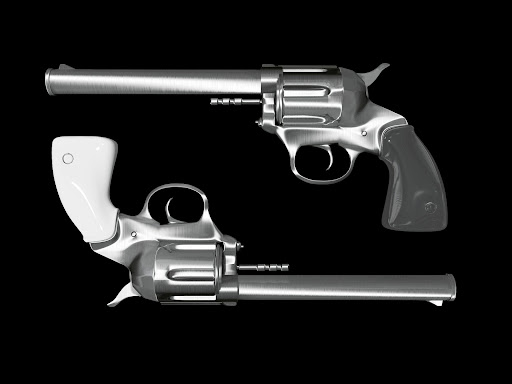 For many members of the public, the legal system may seem monolithic. Popular culture doesn’t always do a good job of distinguishing between the different kinds of law. We generally understand that there are judges, lawyers, and juries – and for many, that’s as far as it goes.

However, there is a significant difference between criminal law and civil law in Canada. If you are looking for a Toronto criminal defence lawyer or other legal representative for your first time in court, it pays to understand the difference. While both kinds of law are intended to see justice done, they differ in who they view as the aggrieved party, and in the kinds of law they enforce.

What is Criminal Law?

The most technically correct definition of Criminal Law in Canada would be that it deals with anyone who breaks the laws laid out in Canada’s Criminal Code.  There are a variety of prohibitive laws listed in this code, ranging from minor theft to murder. However, there is a bit more to the concept of criminal law than that.

Both Criminal and Civil Law are based on the idea that there may be an aggrieved party or victim. However, Criminal Law is not framed as a disagreement between two parties. Rather, by breaking a law in the Criminal Code, that person is presumed to have offended Canadian society as a whole. In this case, the Crown steps in to prosecute the criminal on behalf of victims, direct or indirect.

The purpose of Criminal Law is thusly to attempt to prove that the accused did in fact break the laws in the Criminal Code and if they intended to do so. Any accused is provided with a lawyer to defend them, while a prosecutor will attempt to build the case against them. So if you were accused of committing a crime in Toronto, you would hire a criminal defense lawyer in Toronto to defend you.

What is Civil Law?

Criminal Law, as demonstrated, can be viewed as a contest between the Crown and the accused to determine culpability and intend. Civil Law is different in that it involves a contest between two independent parties disagreeing on a legal matter, and seeking legal redress. These parties can be individuals, but they can also be corporations as well.

Civil Law generally involves a plaintiff and a defendant. The plaintiff believes that they were harmed, directly or indirectly, in some way by the defendant. They will use civil court to sue the defendant to seek damage – to get monetary reparations for the supposed damages caused.

For example, if you ate at a restaurant and developed food poisoning, which caused you to miss work, you may sue that restaurant as a plaintiff. It would then be up to a civil suit to determine culpability.

Do note that even if someone is being prosecuted by criminal law, you can still sue them using civil law. Civil suits tend to be quite complicated and involve several different stages, including pleadings, discovery, and trial.

What Happens at a Criminal Trial?

A criminal trial can be expected to take many months to complete, from the time of arrest to the final decision by a judge, though this timeframe can vary wildly depending on the complexity of the case at hand. For example, “summary offenses” are considered minor misdemeanors. These cases are immediately sent to a provincial judge and should be completed within 18 months. Indictable offenses are more serious. The accused may choose whether to have the case go to a judge in provincial court, a judge in superior court, or a judge and jury in superior court.

The purpose of a criminal trial is to prove, beyond a reasonable doubt, that the accused did in fact break the law as laid out in the Criminal Code. For a person charged with an indictable offence they may have the option for a preliminary hearing depending on the charges they face. During this, the judge determines if there is enough evidence to warrant going ahead with the trial.

During the trial, the prosecutor will attempt to convince the jury or judge of the guilt of the defendant, while the defense will try to create doubt in the certainty of guilt. At the end of the trial, the jury will return with a verdict of guilty or not guilty.

After this, the judge then passes the sentence. The judge will take into account many factors, including the sentencing recommended in the Criminal Code, the severity of the crime, and the prospects of rehabilitation. Judges can include fines, paying of restitution, probation, community service, and/or imprisonment in their sentence. The defendant may choose to appeal the decision of the court.

What Happens at a Civil Trial?

As mentioned, a Civil Trial has a few stages it needs to go through. The first of these is the Pleading stage. During this stage, the plaintiff files a pleading, that includes the complaint against the defendant, and what remedy the plaintiff feels is appropriate. After the court receives the claim, copies are served to the defendant.

At this stage, the defendant must provide a statement of defense. If they don’t the defendant ends by default at this stage. At this point, it is likely both the plaintiff and defendant are consulting lawyers. Normally, the two sides of a Civil Trial will reach a settlement before the trial happens, ending this process here.

After the pleading, the next stage is the examination of discovery. During this stage, the claim is clarified and both sides examine the evidence that the other holds.

Then comes the actual trial. Both sides are allowed to present evidence, call witnesses, and cross-examine witnesses. It is up to the judge to determine if any or all of these presentations are relevant or not.

In the end, the judge will decide if the defendant is culpable or not, and what is an appropriate remedy. A plaintiff can win the case, but not receive the remedy they hoped for. Remedies can come in the form of money, declarations of rights (such as the right to a piece of property), and injunctions (restraining orders).

If you are looking for help with a criminal trial, you need an expert lawyer with experience in trial settings and who understands how to prepare clients for trial. William Jaksa has over ten years of criminal defence experience in Toronto. Contact him today for a consultation on your case.

From lawyers to politicians, we expect a certain level of trustworthiness and service out of those that we trust with […]

September 30, 2021
Learn More >
The Difference Between Civil and Criminal Court

For many members of the public, the legal system may seem monolithic. Popular culture doesn’t always do a good job […]

Yup no connection to the plea deal reached in the US today. https://t.co/gSpXTvsQ5n 21 days ago