Can You Be Convicted on Circumstantial Evidence?

Circumstantial evidence is not to be evaluated piece by piece during a criminal trial but rather cumulatively.

Circumstantial evidence is sometimes misunderstood as being less credible than direct evidence. However, some of the most compelling types of forensic evidence, such as fingerprint evidence, DNA analysis evidence, and blood splatter evidence, are circumstantial. 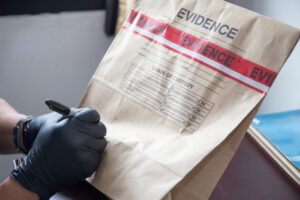 More than one form of evidence can be considered circumstantial evidence.

Direct evidence directly links a person to the accused criminal activity. This may come from sources such as the victim, eyewitness testimony, and security footage.

Circumstantial evidence provides evidence that could infer the person is linked to the accused activity. This can come from a variety of sources, including witnesses who didn’t directly see the crime, expert witnesses, and forensic analysis.

For example, seeing someone putting on their jacket and picking up a dog leash would allow you to infer that the person is about to walk their dog. Even though you do not directly see the person walk their dog, from the information available it is the most likely inference.

Fingerprints or DNA at a crime scene – Its circumstantial evidence unless there is direct evidence linking that person to the crime scene at the time of the crime.

Possession of Property – an item taken during the commission of an offence is evidence that is linked to the crime, but does not mean that the person in possession committed the crime. 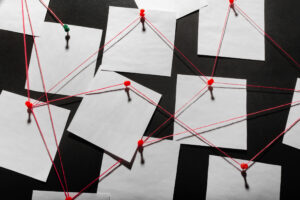 Circumstantial evidence is to be considered cumulatively and not piece by piece.

In corroborating evidence from a witness, circumstantial can be an especially valuable type of evidence. For instance, eyewitness testimony is often unreliable because of the trauma that occurs from the incident. This is especially true where the witness is also the victim. The extreme stress of the situation can lead to making mistakes that can lead to identifying the wrong person or misremembering events.

In the event of a victim as the witness, circumstantial evidence from witnesses not directly engaged in the crime can help to confirm the direct evidence. Although a circumstantial witness may not have seen the direct events, they may be more reliable as they were under less stress.

Take an armed robbery as an example:

The victim, who experienced the robbery is the leading witness and provides direct evidence. Being the victim of an armed robbery, however, results in a high level of trauma. As a result, this stress may affect their reliability as a witness.

People outside the store may be used to corroborate, although the evidence they witnessed was circumstantial. For instance, if they witnessed a person fleeing after the event occurred or acting suspiciously beforehand this evidence could be relevant. Their testimony could strengthen or weaken the direct evidence depending on their reliability and similarities.

Can You be Convicted on Circumstantial Evidence Alone?

It is possible but more difficult, to convict a person on circumstantial evidence alone. Direct evidence simply is not available for every crime. If there is only circumstantial, the Crown must reasonably satisfy that guilt is the only reasonable assumption based on the evidence available.

In this event, a criminal defence lawyer challenges evidence where applicable. The criminal lawyer examines whether the circumstantial evidence is relevant, reliable, and sufficient. Was the evidence collected and applied legally? Did police follow proper protocol for interviewing witnesses, or could their testimony have been led or coached? Were witnesses excluded who would refute the Crown’s evidence?

Circumstantial evidence can also be used to the defendant’s advantage. For example, a circumstantial witness may identify a different person than the direct witness, calling their testimony or reliability into question.

As well, texts, receipts, and witnesses could corroborate the defendant’s alibi. Inferring that they were at a different location, or otherwise engaged, at the time of the offence.

William Jaksa is an experienced criminal lawyer from Toronto. For over ten years he has helped his clients, challenging evidence and protecting their rights. He understands the procedures and requirements for evidence to be collected, used, and challenged in court. Contact William Jaksa for your consultation.

Can You Be Convicted on Hearsay?

Can you be convicted on hearsay evidence? What is hearsay? Hearsay is a...

What is Beyond a Reasonable Doubt (BRD)?

Guilty Beyond a Reasonable Doubt...

No competent prosecutor will take a case to trial without some form of...

Can Doorbell Cameras be Used as Evidence?

Smart Doorbell Cameras as Surveillance The “smart home” is a growing...

Can Police Search My Cell Phone Without A Warrant?

We have developed a special relationship with our phones. While they are...

When it comes to being charged with domestic assault, people often wonder if the charges can be dropped or withdrawn. They wonder what will it take to have the assault charges dropped? Often because there is an intimate and close relationship with the alleged victim an accused person believes...

END_OF_DOCUMENT_TOKEN_TO_BE_REPLACED

An aggravated assault is the most serious violent crime before murder under Canadian criminal law. A simple assault, or common assault, is when there is the intentional application of force, directly or indirectly, to another person without their consent. But an aggravated assault is committed when that assault “wounds, maims, disfigures or endangers the life of the complainant”.

END_OF_DOCUMENT_TOKEN_TO_BE_REPLACED

What is a Criminal Defence Lawyer If you have been charged with a criminal offence and are looking for help, then you may be wondering what a criminal lawyer does. This type of lawyer is someone who specializes in criminal law and can represent you in court if you are facing criminal charges. They...